Visit to the Olympic and Sports Museum 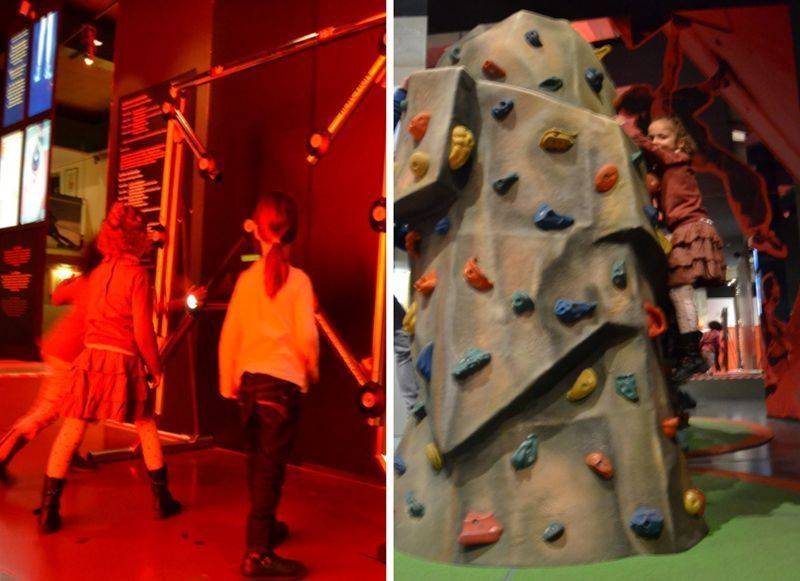 Barcelona, Olympic city, has a museum to pay tribute to the athletes and all the values ​​associated with sports: courage, determination, effort, team sportsmanship.

Of course, the museum has a specific area dedicated to the Barcelona Olympic games of 92, the best Olympic Games in history.

The Olympic and Sports Museum is located on Montjuïc, and it is very easy to walk up from Plaza Espanya. (Going up the mechanic stairs, it is located next to the Olympic Stadium of Montjuic).

While parents are paying the entrances, children are entertained by comparing their hands with those of famous athletes, as Araceli Segarra, Franz Beckenbauer, Andrés Iniesta o David Villa (to name a few).

A really great detail are the enormous (and free) lockers at the entrance where you can leave all your stuff – backpacks, jackets, water, etc.- and visit the museum in comfort.

Visiting the Olympic Museum with children is a very educational and enriching experience. At the beginning of the route, the area devoted to the history of Olympism explains the origins of the first sports games and the various disciplines that have emerged over time. All very visual and interesting.

Some of the exhibits at the Olympic Museum are real gems. Not only for being old such as those first fencing foils

but also for being objects of famous athletes,  such as these objects of the greatest figures of the tennis of all times.

All marked with photographs of famous people for their glory, honor and remembrance.

Adapted sports for people with various disabilities are occupying a prominent space in the museum. Among many others you can see from objects of Goalball (soccer for the blind and visually impaired, with a ball which inside has bells) to the first racing wheelchair or this adapted sled.

The video walls area with multiple images of the best moments in sports history is very touching. You can spend hours recalling scenes of the biggest milestones of the sport. We were in the zone of touch screens watching the Olympics equestrian jumps in Japan in 1964 🙂

A display case exposing all the Olympic torches makes us think about the amount of magical moments we have lived during the Olympics history worldwide, when the sacred flame arrives with these torches to the stadium´s cauldron.

And the journey takes us to Barcelona 92​​, known as the best games ever. The archives that the Olympic Museum of Barcelona has about “Cobi´s” and “Petra´s” Olympics is awesome, as it is supposed to be: from the trappings of the spectacular opening ceremony

to objects of athletes, volunteers, etc.. A good opportunity to explain to our children that Barcelona was an Olympic City, and for us to remember that unforgettable time for the people of Barcelona.

The collection of objects belonging to Joan Antoni Samaranch, president of the International Olympic Committee, is impressive. It is not surprising that this museum is named after him. But we were not able to enjoy the sculptures, the paintings, etc. because the girls saw a climbing wall where they could climb … and they rushed toward it!

This area is really fun for kids and adults: besides the climbing wall, there are various digital installations that you can measure your athletic skills with those of famous athletes (long jump, race, height, training or test your reflexes). We tried everything, and laughed out loud!

The Olympic and Sports Museum of Barcelona is definitely  a museum that will delight sports fans of all ages. Take advantage of the 2×1 tickets offer that we attached in this post and do not miss the chance!